We’ve been telling it to you for years (they just wouldn’t listen), but at CES Japanese upstart Nintendo’s finally announced they’re importing their Nintendo Family Computer (Famicom, as they call it over in Japan) to the US. They even gave their box a slick redesign! The new Nintendo Entertainment System (NES) isn’t top-loading anymore, but features a totally crazy spring-loaded insertion mechanism (you’ll have to try it to believe it) and even non hardwired controllers. Unfortunately they made it so you can’t play those bootleg games on the NES anymore, but this hot 8-bit piece of machinery might just compete against the Amiga and Commodore… if it’s lucky.” 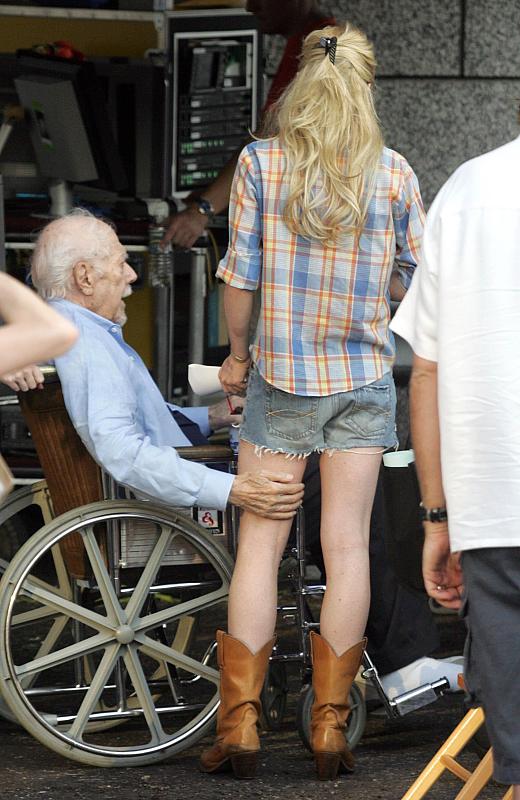 In the long term, we’re all dead. John Maynard Keynes’ warning may have been directed at overly theoretical economists, but his words hardly offer a pep talk for thinking beyond the next fiscal quarter. And with the pressures of the recent business cycle, it’s no wonder that terms like “short-term payoff” and “near-term deliverables” are so often the driving force behind business technology strategy.

Shares of Google finished above $300 for the first time on Monday, while two separate Supreme Court decisions put pressure on some other technology shares.

Google jumped $6.85, or 2.3%, to $304.10 on the Nasdaq Stock Market, despite a slight hum of concern about the stock’s valuation on Wall Street. On Monday, Google unveiled a video-viewing channel on its search-engine site, creating another media outlet that may open new money-making opportunities for a company already so profitable its stock has tripled to above $300 in 10 months. Several analysts have a price target of $350 on the stock.

HOW TO HAVE A SHITTY BLOG

1. make sure that everything you write is vapid and unintelligible and redundant.

2. make it obvious that you are ripping off other bloggers and that you are trying to always one-up them with your witty banter and personal stories that nobody cares about and you wonder why it’s not working for you, this is because you exclude writing from an objective vantage point oh and ps you’re fucking boring.

3. when something big happens in the world, DON’T WRITE ABOUT IT. remember when hunter s. thompson shot himself and how every fucking blog you went to had the same na na na he meant so much to me na na na NA crap like they knew the guy personally and it was one big circle jerk competition of who could write the longest tribute like they were his brother, wasn’t that annoying? fuck that, you are a moron douche bag who has a two month old blog, you don’t know anything about anything so fuck off.

4. if you want to look like a desperate piece of shit blog then link everybody who so much as whispers in your direction. linking and blog politics in general have got to stop, this groupie blog culture is retarded which brings me to my next point.

5. just because you have a blog and you meet some kid from the internet and then THEY start a blog, this does not make them more interesting and it sure as shit does not make you more interesting either and it also doesn’t make you BEST FRIENDS ps. nobody cares who you have met in real life and therefore listing who you know in real life on your blogroll makes you about as cool as the smell of hot garbage, fag.

6. post pictures of your face a lot. here’s a fun thing to do, go through your archives and see how many photos you have of your stupid face, doing the same pose and holding the camera the exact same way and then read what you’ve written, same. old. crap.

7. do not lend insight or have any depth whatsoever in what you write and always state the obvious, write about things like you are the only person in the world who knows about them and go into great detail about everything you do, every place you go and so on because your readers are stupid and have never ever been to a wal-mart before and they don’t know what double-dutch is because you are a fucking genius and we are not.

8. when you write about going to a show, write like you discovered the band and you are all best friends, people love that because name-dropping never gets tired and also the mostest most bestest part is an intricately detailed account of the conversation you had with famous whoever the fuck.

10. when you’re being unoriginal, act otherwise.